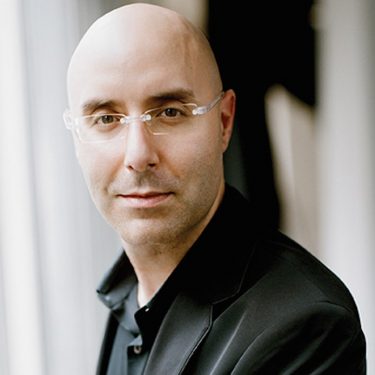 When brands like Google, Starbucks, Shopify and GE want to leverage technology to better connect with their consumers, they call Mitch Joel. He has been called “one of North America’s leading visionaries” and the “Rock Star of Digital Marketing” by Strategy Magazine, but he is much more than that. Mitch Joel is Founder of Six Pixels Group – an advisory, investing and content producing company that is focused on commerce and innovation (although he prefers the title, “Media Hacker”). Prior to Six Pixels Group, Mitch spent close to two decades building, running and (eventually) selling his business. He was President of Mirum – a global digital marketing agency operating in 25 countries with close to 3000 employees. Mirum is owned by WPP.

Mitch has been named one of the top 100 online marketers in the world, and was awarded the highly prestigious Top 40 Under 40.

Mitch’s first book, Six Pixels of Separation, named after his successful blog and podcast is a business and marketing bestseller. His second book, CTRL ALT Delete, was named one of the best business books of 2013 by Amazon. Mitch is frequently called upon to be a subject matter expert for publications like Fast Company, Strategy, Forbes, The Globe & Mail and many others. He is a columnist and journalist for the Harvard Business Review, Inc. Magazine, The Huffington Post and many other magazines and newspapers.

Mitch speaks frequently to diverse groups like Wal-Mart, Starbucks, Microsoft, Procter and Gamble, Twitter, Unilever and every organization and association in between. Since 2005 he has given anywhere between 40-60 keynote presentations a year.

Mitch is also the host of Groove – The No Treble Podcast, where he is slowly trying to build the largest oral history of electric bass players in the world.