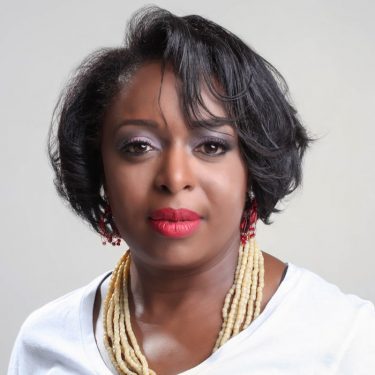 Coming from humble beginnings, Kimberly Bryant is no stranger to hard work. As a young girl, she developed an uncommon passion for math and science
which eventually lead her to the prestigious Vanderbilt University where she majored in Electrical Engineering and minored in Math. Often being the only
minority in her classes, she entered the work force in the same predicament. This disconnect continued into her professional life and eventually broached her
personal life. Kimberly’s daughter, Kai, inherited the same interest in math and science and the same lack of access to opportunities in the tech space as young
girl of color. So in 2011, Kimberly created Black Girls Code, a non-profit organization dedicated to changing the face of technology by introducing girls
of color (ages 7-17) to the field of technology and computer science with a concentration on entrepreneurial concepts. As Oprah describes it, Black Girls
Code is “the first organization of its kind.” Black Girls Code is now an international organization with seven chapters (with more on the way in 2015)
across the U.S. and in Johannesburg, South Africa.

Prior to Black Girls Code, Kimberly enjoyed a successful 25+ year professional career in the pharmaceutical and biotech industries as an Engineering Manager
in a series of technical leadership roles for various Fortune 100 companies such as Genentech, Merck, and Pfizer.

Kimberly serves on the National Champions Board for the National Girls Collaborative Project, and the National Board of the NCWIT K-12 Alliance. She
has been nationally recognized as a social innovator and for her work to increase opportunities for women and girls in the tech industry. In August 2012 Kimberly
was given the prestigious Jefferson Award for Community Service for her work to support communities in the Bay Area. In 2013 she was highlighted by
Business Insider on its list of “The 25 Most Influential African- Americans in Technology” and was named to The Root 100 and the Ebony Power 100 lists. A
highlight of 2013 for Kimberly was receiving an invitation to the White House as a Champion of Change for her work in tech inclusion and for her focus on
bridging the digital divide for girls of color. In 2014 Kimberly received an American Ingenuity Award in Social Progress from the Smithsonian along with
the Inaugural Women Who Rule Award in Technology via Politico. She has been identified as a thought leader in the area of tech inclusion and has spoken on
the topic at events all over the world. In 2015, Black Girls Code has nearly doubled in size. Additionally, Kimberly became the recipient of the prestigious
Pahara-Aspen Education Fellowship, a two-year program that identifies innovative leaders in the educational excellence and equity movement,
facilitates their growth, and strengthens their collective efforts to improve public schools for low-income children and communities. Kimberly was also asked to
join the 2015 APEC Women and the Economy U.S. Delegation by the U.S. Department of State and the Secretary’s Office of Global Women’s Issues.