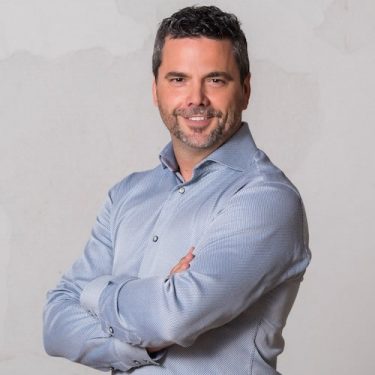 Chris Arsenault is a senior executive with over 20 years of general management experience in high technology industries, with extensive experience in business development, strategic planning, sales, marketing and communications. Chris is the cofounder, President & CEO of iNovia Capital, a Venture Capital firm launched in 2007 with now over a half a billion under management.

Chris currently serves as a director on the boards of AppDirect, LightSpeed Retail, Poka, Well.ca, and until recently Luxury Retreats (recently acquired by Airbnb). Chris is an active board member of Réseau Capital, and a proud Charter Member of Silicon Valley based C100.

Before launching iNovia Capital in 2007, he first joined MSBi Capital in 2002 and, prior to that, had founded, co-founded or funded a number of Software, Mobile and Consumer Internet technology start-up companies, including two spin-offs of telecom giants Microcell and Teleglobe.

Chris’ entrepreneurial and investment experience includes several notable exits that generated large shareholder returns, such as Luxury Retreats, Localmind, Airborne Entertainment, Copernic Technologies, Wanted Technologies, and SIT Inc. His work in the mid-90’s as Founder and CEO of SIT provided him with the opportunity to play an important part in the initial growth of the Internet. As one of Netscape’s first external partners and integrators, SIT’s security products and dial-up technology eventually grew to become an integral part of Netscape’s deployment. SIT, after the winding-up of its Ste-Foy offices, was sold to Ubizen of Belgium in 1999 for €42 million. Chris is also proud to have been instrumental in the creation of the ENABLIS Entrepreneurial Network, a $30+ million G8-sponsored venture capital seed fund.

Chris believes that Entrepreneurship is a “state of mind”, and thus part of one’s core. It may be sleeping (waiting to be activated, nurtured or mentored), but it can’t be taught or infused into a person. Entrepreneurship is not a profession; an entrepreneur has unique character traits that enable him/her to do amazing and impossible things.