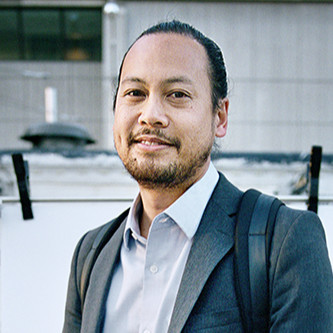 Carlo Perez is an engineer, entrepreneur and visionary leader passionate about delivering designs and transformative technologies that put empathy into action. Despite training as a concert pianist, Carlo decided to pursue post-secondary education instead of life as a concert performer after high school. After completing his studies as a computer engineer at the University of Toronto (with a minor in Mandarin) Carlo spent seven years in hard R&D at Advanced Micro Devices Inc., where his research focused on the development of industry-leading 3D graphics hardware for Sony, Hewett Packard and Microsoft. During this time Carlo cultivated design and engineering skills that, unbeknownst to him, would help him change the lives of thousands of people.

In 2009 Carlo returned from a year-long hitchhiking trip that culminated at Mt. Everest’s base camp. At this time Carlo sought to give back to his community by becoming a professor at Humber College. At the same time he began building his first online venture, Hammerati, which was selected for the prestigious ‘48rs in the Valley’ program from amongst hundreds of startups across Canada. After living on a dime and sleeping on a windowsill in San Francisco for months, Carlo raised enough capital to accelerate the venture, running it from the valley until selling its IP in late 2015.

Despite the risk of multiple credit cards of debt and a 4-month old daughter to care for, Carlo used this formative experience to found Swift Medical. Within 8 months in business, the team stole a landmark deal away from heavily-funded competitors to become the exclusive technology behind PointClickCare’s Skin & Wound solution. Two years after that, Swift Medical has become the world’s leading digital wound care management solution adopted by over 1,700 facilities in the U.S. Having built an executive team of Toronto-based entrepreneurs who have themselves built and sold companies to LinkedIn, IBM, and others, Carlo and the team recently closed one of Canada’s largest healthcare tech raises led by Data Collective ($11.9 million), one of the top health and AI firms in the US. Carlo’s passion for helping and mentoring others has truly impacted the lives of everyone he has worked with in his relatively young career. Under Carlo’s leadership at Swift Medical, the company’s flagship enterprise solution, Swift Skin, and Wound, is the only one in the digital wound management field that delivers a combination of computer vision wound visualization and digitized wound care management workflow.