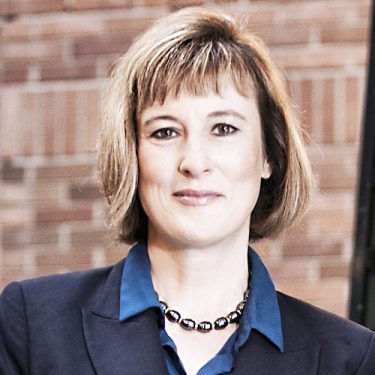 Alison Nankivell is Vice President, Fund Investments and Global Scaling. Based in Toronto, she leads BDC Capital’s team of indirect investments – Canada’s largest venture fund investor, with investments in more than 60 funds and close to $1 billion in assets under management.
Bringing over 20 years of experience in the finance industry in Canada and Asia, Alison is also responsible for BDC Capital’s cross-border venture strategy, helping connect large corporates and investors in Asia with high potential Canadian companies and vice-versa.
Prior to her current position, Alison was assuming the role of Vice President, Global Scaling in Hong Kong, from where she was supporting BDC Capital’s highest potential investee companies to grow their business and investment partners in the Asia region.
Previously, she has served as Vice President, Funds and Co-Investments and also as Vice President, Venture Capital Action Plan (VCAP), role in which she was responsible for BDC Capital’s efforts as the key execution agent for the Government of Canada’s Venture Capital Action Plan.
Before joining BDC, she was Director, Funds Asia with Teachers’ Private Capital, the private investment arm of the Ontario Teachers’ Pension Plan. Prior to this, she was Head of Funds at Export Development Canada (EDC), where she built out the Canadian and Asian private equity and venture capital fund investment platform for EDC’s Investments Team. During her 15 year tenure with EDC, Alison served in a number of financing and investment roles and spent seven years over two postings based in Beijing: First as Chief Representative for Greater China, and then as Principal and Head of Asia Fund Investments.
Alison also lived in Beijing and Hong Kong from 1990 to 1995, where she served as a China economic analyst and editor for the Economist Intelligence Unit. Fluent in Mandarin, she has worked as an independent economist undertaking consulting work for the International Labour Organization, the United Nations Development Program and CIDA in both Beijing and Ottawa.
Alison holds a Bachelor of Arts in Commerce and Economics from the University of Toronto and a Master in Public Administration and Public Policy from the London School of Economics and Political Science. She also holds the Chartered Financial Analyst (CFA) designation.

Going global: Bringing your business to the world

If you’re building a startup well, you’ve found a widely-known problem and can deliver a great solution to a willing market profitably. Some startups saturate their initial beach-head market, or have to adjust their product to fit the needs of a market they didn’t fully understand at the outset. Either way, every successful startup needs to fuel its growth by expanding its market....