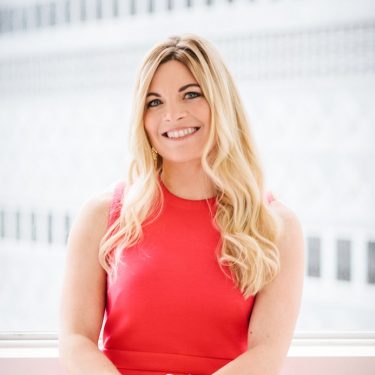 After spending more than a decade leading cross-functional teams and strategic projects in the finance, security and telecommunications industries and the last four years in the startup ecosystem, Molly Cain has built and exists within one of the most varied and experienced business networks you’ll ever come across. She is masterful at connecting others, and knows someone you should know.

Before joining the Dept of Homeland Security, Molly served as the former Executive Director of one of the nation’s top accelerators in 2015, according to INC Magazine. While there, she designed and launched, a new disruptive business model to better fund startups, called The Gauntlet. By the time of her departure, that model drove investment in 42 startups, more than any other group in Dallas, and impacting Texas seed activity significantly for Q3.

Molly is the founder of GlassHeel.com, the HQ for ambitious women. She regularly speaks internationally on trends in the tech industry, leadership and selecting the right mentors and support organizations for your startup.

Since 2011, Molly’s leadership column on Forbes has generated over 10M views. In 2012, she was recognized as a Dallas 40 Under 40 and in 2015, she was honored as one of the Top 25 Women in Technology by the Dallas Business Journal.

Molly’s background is in strategy, project management and communications for Fortune 500 organizations. She loves to disrupt “that’s how we’ve always done it”​ mentality. She’s skilled in changing behavior, driving awareness and building buy-in on topics based on executive and strategic needs.

Before taking over the day-to-day operations of the accelerator in 2014, Molly co-founded ViewMarket, which was acquired and is now DBA CultureMap.Prior to ViewMarket, Molly served as the VP, Retail Communications for Comerica Bank, notably designing and overseeing launch of the first-ever intranet for their over 500 banking centers.

Visit www.glassheel.com for more or to get in touch.