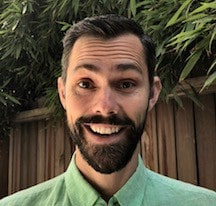 Expert in data science, natural language processing and user experience, Tyler is the principal product manager at integrate.ai. Tyler previously served as the principal product manager at Machine Zone (Game of War, Mobile Strike, Final Fantasy) and co-founded an NLP company that generated training data and real-time predictions for customers in dozens of languages. Before that, he spent almost a decade leading UX research and design projects at Microsoft. A leading researcher on emojis, emoticons and new forms of communication in the digital age, Tyler’s work has been featured in New York Times, The Guardian, Time, The Atlantic and Wired. He got his Bachelor’s degree at Yale University where he studied poetry, playwriting, and politics; he holds a PhD in Linguistics from Stanford University. He’s also a tiny character in a movie about emoji and a novel about fairies.