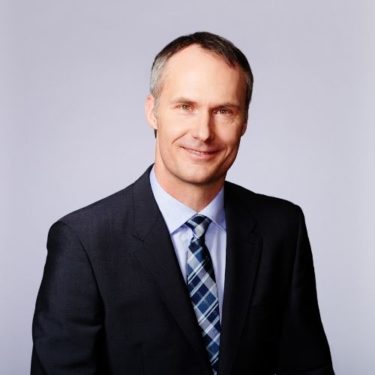 In this role, he leads the activities of BDC Capital, the investment arm of BDC that offers venture capital, equity as well as growth and business transition capital. He also oversees BDC’s deployment of the Venture Capital Action Plan.

Mr. Nycz has over 20 years of experience in the financial and public sectors.

He joined BDC in 2002, overseeing corporate strategy and planning, and shareholder relations. In subsequent years, he added responsibility for enterprise risk management, economic analysis and knowledge management to his portfolio. During this time, he conducted several internal strategic reviews of operations units and led a multidisciplinary team that prepared the Bank’s submission for the 2010 legislative review of the BDC Act.

Prior to his current role, he was Senior Vice President, Corporate Strategy and Subordinate Financing.

Mr. Nycz began his career with the federal government as a senior economist and policy advisor at the Department of Finance, Industry Canada and National Defence. He also worked at Export Development Canada and as an investment officer at the Canadian Consulate in Boston.

Mr. Nycz is a board member of the Canadian Venture Capital and Private Equity Association (CVCA) and of Réseau Capital. He previously served as board member of CIRANO and as an advisory board member for international competitiveness with the Desautels Faculty of Management at McGill University.